Annemarie Bleeker’s early photographic work can be characterized as domestic and easy-going. The two works in the collection of The Hague University also exude this atmosphere. A person (probably female) clad in light, spotless white clothing is to be seen in both. Aside from white skin colour, individual characteristics are absent. The photos are a bit vague, as if a filter, which enhances their dreamy quality, had been laid over the images.

In the one we see the simple gesture of a raised thumb with a smiley face drawn on it (long before emojis and Facebook ‘likes’ co-opted this!). In the other, it is as if the person is attempting to raise her upper torso, like a baby laid on its stomach pushes itself up on its fists. In addition to this sense of carefree childhood, Bleeker’s early work is also characterized by the fact that the figures merge somewhat into their background, as here, with white on white. 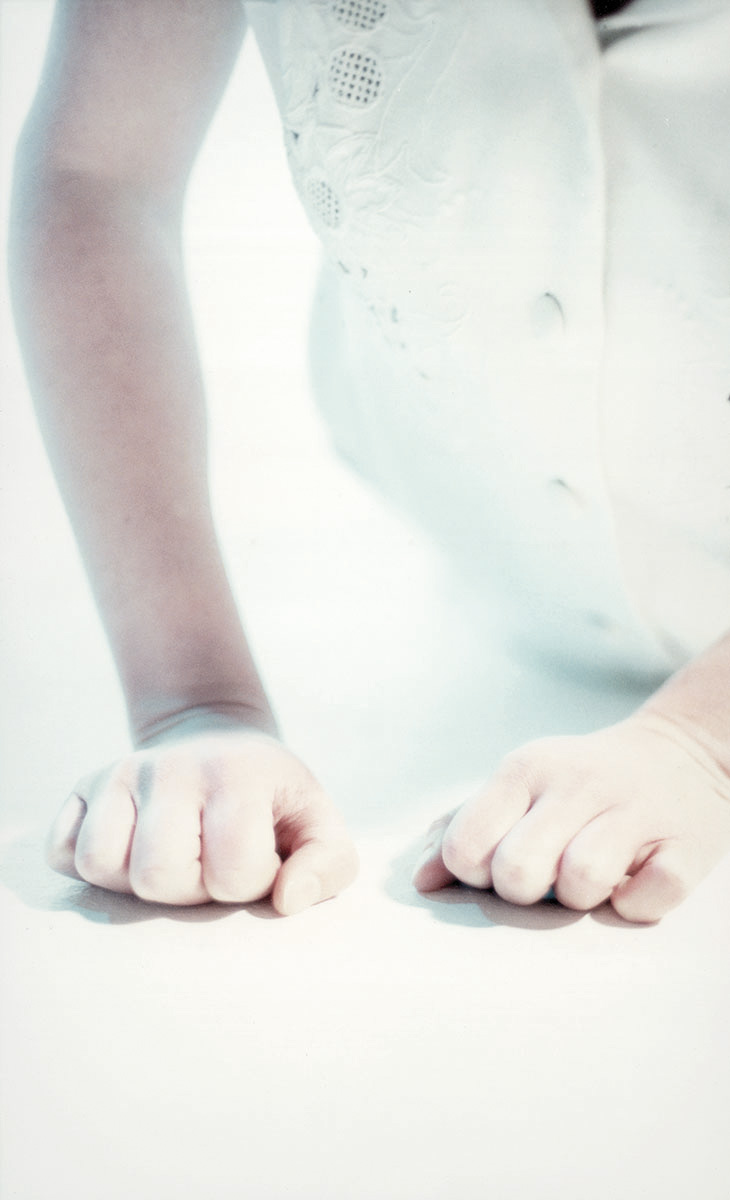